Right now, pre-filled syringes are one of the most popular forms of delivery for countless parenteral products, both under hospital conditions and at home. What’s more, their popularity has grown exponentially in recent years, and shows no sign of slowing in the coming decades.

However, the ubiquity of parenteral products delivered via pre-filled syringes brings with it a growing need for safe, efficient syringe filling processes that can be handled at enterprise scale without compromising quality or sterility.

The aseptic filling of syringes is usually a mechanical process handled via specialty machines. These machines can be expensive to acquire and install, and the aseptic conditions for filling can be tricky to maintain. As pre-filled syringes continue as one of the dominant forms of parenteral delivery, however, syringe filling processes will have to expand to keep up with the growing demand. 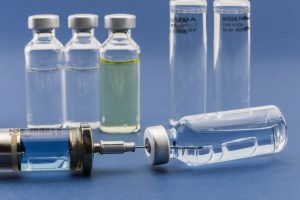 Pre-filled syringes help ensure that users receive accurate dosages of safe, effective, sterile medications when they need them—whether administered in a hospital or clinic setting, or at home.

For patients who rely on self-injecting medications without medical training, pre-filled syringes can be a literal lifesaver. Manual syringe filling requires time and a steady hand, neither of which may be available during an emergency such as an allergic reaction.

Some modern syringes are self-aspirating, allowing them to pierce the skin to an appropriate depth and inject the medication without the need to push a plunger. This makes self-administering injections easier and less dangerous, and makes sure that dosages are administered correctly and smoothly.

Pre-filled syringes not only ensure that the medication inside is sterile, they also prevent the possibility of over- or under-filling the syringe. Even small alterations in the dosage of a drug can lead to adverse effects, meaning that pre-filled syringes are a safer alternative for patients who receive regular injections.

Furthermore, pre-filled, single-use syringes can be constructed of less expensive materials than standard syringes, leading to more affordable options for patients who rely on parenteral injections. Employing single-use syringes also reduces the risk of needle sticks and other dangers associated with the use of standard glass and metal syringes. 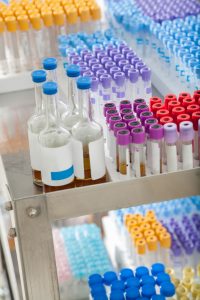 The accurate, pre-measured doses offered by pre-filled syringes mean reduced risk of dosing errors in clinical and hospital settings. Pre-filled syringes are frequently used in emergency rooms and other situations where time is of the essence.

Pre-filled syringes also remain shelf-stable for much longer than a standard syringe filled with medication, which remains optimally effective for only about 12 hours. By contrast, pre-filled syringes often have a shelf-life of anywhere from two to three years, allowing hospitals, clinics, and even patients to store needed medications in a ready-to-use form for long periods of time.

Syringe filling offers manufacturing advantages, as well, as pre-filled syringes typically require less overfill than vials. The United States Pharmacopeia recommends anywhere from 20 to 25 percent overfill for a 0.5mL vial, while a pre-filled syringe of the same volume would require an overfill of less than 2 percent.

Less overfill on each dosage means that more dosages can be produced with the same amount of drug product, resulting in a production increase of as much as 23 percent over time. A rising demand for parenteral products in pre-filled syringes also means a greater market share for CMOs that can perform syringe filling at scale.

In the past, syringe filling was achieved using systems that often resulted in an air bubble, or “head space,” in the final syringe. However, these bubbles can result in risks for the patient or in reduced stability of oxygen sensitive compounds. Hence, a vacuum filling procedure has recently been pioneered to help produce “bubble-free filling” for parenteral products that need it.

Vacuum filling uses differential pressure to avoid air bubbles and to seal the filled syringe, resulting in a more stable end product. Similarly, when prefilled syringes are made from glass, they cannot be sterilized via an autoclave, as a pH shift in class 1 glass occurs during the autoclave process.

It has been predicted, as long ago as 2011, that pre-filled syringes will eventually replace traditional syringes as the medical standard for parenteral products. Their ease of use, increased accuracy, and reduced risk of contamination help to guarantee their continued popularity, while medical and manufacturing advantages make them a cost-effective alternative to standard syringes.

As the demand for parenteral products in pre-filled syringes continues to increase, manufacturers will have to continue to develop new solutions for syringe filling at scale to meet the needs of patients, hospitals, and clinics.