This cell development platform has proven effective in the creation of a number of viral vaccines.

Recent years have witnessed a significant amount of innovation in technologies for the development of novel vaccines. These technologies include new vector systems for delivering attenuated vaccines, recombinant technologies for generating virus-like particle (VLP) vaccines, and a range of other tools for the manipulation of DNA and mRNA.

However, even these evolving techniques may not enable the development of new vaccines to proceed rapidly enough to contain emerging viral threats. In order to stop global epidemics before they spread beyond control, a platform for the rapid generation of inactivated whole virus vaccines is a critical asset. The Vero cell platform vaccine production technology addresses precisely this need.

Vero’s unique pipeline streamlines the inactivation, harvest and purification of large batches of viruses within robust safety margins, at reasonable costs. The platform has already been utilized to rapidly generate novel vaccines for several viral epidemics, and is currently being used in the development of other inactivated viral therapies.

The following cases demonstrate the effectiveness of the Vero platform in enabling the rapid development of new vaccines.

Avian influenza is a particularly virulent form of the influenza A virus. Since 2003, more than 50 countries have suffered outbreaks of various strains of avian flu, including H5N1 and H9N2. The 2009 outbreak of the H1N1 strain gave the virus a high media profile in the US. And in 2013, a strain known as H7N9 appeared in China, presenting an unusually high fatality rate and demanding rapid action on the part of the World Health Organization (WHO). Another new strain could potentially appear at any time, in any region of the globe.

Prior to the H1N1 outbreak in 2009, the Vero platform had already been used to derive an inactivated H5N1 vaccine, which requires no adjuvants (irritating chemicals that boost immune response, which are required by some vaccines). This non-adjuvanted whole virus vaccine is licensed for pandemic and pre-pandemic use in all age populations, at low doses; in fact, a number of clinical studies have demonstrated its safety and immunogenicity in subjects of all age ranges.

When the H1N1 pandemic struck the US, this Vero-developed vaccine was used to streamline the development, manufacture and licensing of a novel vaccine that was effective against the new strain. In addition to prototypes for rapid generation and harvesting of inactivated viruses, the Vero platform also offers “prototype regulations” mimicking the procedures of many regulatory bodies, enabling much more rapid navigation of these regulations in case of an emergency.

With the help of the Vero platform, the timeline from receipt of the H1N1 virus by the laboratory to final release by the licensing authority was a mere 12 weeks. This rapid processing enabled the vaccine to be utilized in time to stop the spread of the pandemic.

The Vero platform has also proven its worth in developing a vaccine for SARS.

While preexisting influenza strains can provide prototypes for the development of novel flu vaccines, developers face a much greater challenge when confronted with the emergence of an entirely new disease. This was precisely what happened in 2003, with the identification of the SARS coronavirus. The novel disease spread rapidly from China to other regions around the globe, causing more than 8,000 infections and inflicting particularly high mortality rates on populations over age 50. A safe and effective new vaccine was needed immediately.

The Vero cell platform proved to be an ideal vehicle for responding to this need. The platform streamlined the development of a vaccine that induced high titer neutralizing antibody and substantial well-mediated responses in rodents, and also provided protective immunity. Studies demonstrated that this novel vaccine was not only effective against SARS, but was also highly safe, inducing no new pathology or infection whatsoever.

Aided by the Vero platform, development of the vaccine proceeded to accelerated clinical trials in just 18 months, and moved rapidly through final regulatory approval soon afterward. In fact, the vaccine proved so effective that SARS has (as far as is known) disappeared today. Still, this case emphasizes the importance of preparation in delivering a completely new vaccine to the public as quickly as possible. 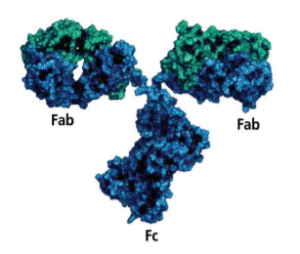 The mosquito-transmitted RRV alphavirus is endemic to Australia and the Pacific Rim. It causes debilitating polyarthritis, creating a major burden on healthcare infrastructure in this region. However, a single RRV infection appears to confer lifelong immunity to the virus, making vaccination an ideal strategy for containing the disease’s spread.

An experimental RRV vaccine was developed in 1994; however the Vero platform has been used more recently to develop an inactivated RRV candidate vaccine on a far more rapid timeline. One key innovation in the Vero development process is the establishment of correlates of protection based on antibody titers in animals, rather than on efficacy (as is typical in this type of study). This enables clinical trials to be conducted based on titer endpoints, reducing time and resource investments and significantly accelerating the licensure process.

Vero’s suitability for the creation of alphavirus vaccines was also demonstrated by the successful preclinical development of a whole virus vaccine for Chikungunya fever (CHIKV). This development process began with an Indian Ocean strain seed virus isolated directly from a patient’s blood, and resulted in the creation of a safe, highly immunogenic vaccine that conferred protection against all three CHIKV challenge strains.

Vero has also seen success as a platform for developing a West Nile Virus vaccine.

The mosquito-transmitted West Nile virus (WNV) was first isolated in Uganda in 1937, and a number of major outbreaks have occurred throughout the past century, in many regions of the world. While the virus causes a fatal neurological disease in humans, approximately 80 percent of infected subjects show no symptoms, making outbreaks particularly challenging to anticipate and address.

While no vaccine for all strains of WNV currently exists, the Vero platform has proven successful in enabling the rapid development of a whole virus candidate vaccine for the Flavivirus strain. This development process utilized the same antibody titer endpoint model of efficacy analysis used in the development of the RRV vaccine (see section above). In addition to this immunization animal model, a passive transfer model was also used to demonstrate that the vaccine confers effective protection against subsequent WNV challenges.

A randomized multicenter study, carried out on 320 human subjects age 18 and older, confirmed the results of the animal models. All doses of the WNV candidate vaccine elicit an immune response, with peak antibody response being achieved after only three doses. The vaccine is safe, with no serious side affects. While the program was discontinued due to the large decline in WNV cases in the US, the data clearly demonstrate that an inactivated flavivirus vaccine developed on the Vero platform would very likely prove successful.

Although a wide range of viral vaccines continue to present opportunities for biologic developers, partnership with a contract manufacturing organization (CMO) experienced in usage of the Vero platform enables new vaccines to move to the clinical trial stage much more rapidly. By partnering with Vero-friendly CMOs early-on in the development phase, biologic firms can deliver their vaccines in time to stop, or even prevent, the spread of deadly pandemics.